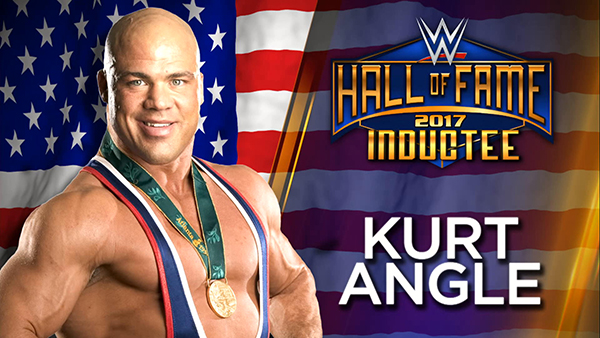 What does the WWE Hall of Fame mean to me? When I started wrestling as a youngster, I was told to never watch WWE because it was fake, or not “real” wrestling. So I didn’t watch it. I was on a mission to win Olympic Gold, which, as you know, I accomplished in 1996.

After that, there was something missing in my life. I didn’t realize it at the time, but WWE was my future, and sports entertainment was in my blood. Three years later, I was in WWE and passionate about it. I probably caught on quicker than anybody in WWE history, and I learned quickly that there was nothing fake about it. It’s the toughest thing I’ve ever done, and was also very rewarding.

I loved entertaining the WWE Universe, whether they loved me or hated me. Wrestling guys like Stone Cold, Rock, Undertaker, HHH, Randy Orton and John Cena, among others, was so much fun, and challenging to say the least. To be inducted into the WWE Hall of Fame shows the impact I had in only 6 1/2 years, a very short career. So thank you WWE and WWE Universe. I’m very grateful to be among the very best. I’m humbly grateful. Oh, it’s damn true!