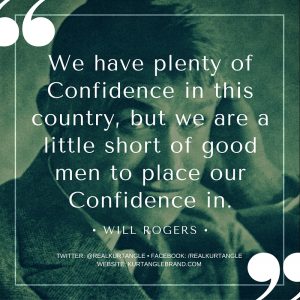 I usually stay away from this stuff and the last thing I want to do is offend anyone, but this year, it seems that more people are engaged in the primaries than ever before. That’s a good thing. Most of us would have to admit it’s because of Donald Trump, but nobody really knows why, I don’t think.

I have to admit that I’m a bit nervous about elections this year, mostly because I’m not so sure that the ones who are running are “truly” the best we have. Surely, most who are running do have experience in politics, but I look around at our options, and no matter whether I’m voting Democrat or Republican (I’ve voted both sides), I’m a bit nervous about who our next leader will be. Hillary has experience…so does Sanders. Kasich may be the most qualified, but I don’t believe that he stands a chance. Then there’s Trump and Cruz. Donald Trump is strong, and brutally honest, but these two have been more fixated on blasting each other than focusing on what’s truly important.

So…now I’m asking…IS this the best selection out there?

I don’t care about which party wins, as long as we have an honest, strong, smart, and intuitive leader. The field seems to narrow drastically after typing this. Don’t get me wrong, they all have some good qualities, but we are in one of the scariest points of our generation, with ISIS and everything else that’s splitting this world apart.

I really liked Ben Carson, but I guess he’s just too soft spoken to be president. It’s sad that being soft spoken is such a hindrance in this campaign. Here’s an African American man who defied the odds of living with a poor single mother in Detroit and later became the head of neurosurgery at Johns Hopkins Hospital. That accomplishment alone should be more than enough to qualify Mr. Carson to run for president. I’ve read 2 of his books. He knows more about the Constitution than all of the other candidates combined., and he’s not even a politician. But now he’s no longer running due to lack of votes.

It’s no secret that I supported Rubio, because he’s very smart, always prepared, and he’s young and energetic. But Rubio is gone too. I liked Carly Fiorina because of her past accomplishments and the fact that she “doesn’t take shit from anybody”. Carly would have been the perfect “first woman” president. She’s gone too.

I liked President Clinton in the 90’s so maybe Hillary could have the same success as her husband? Hmmmm. Maybe. Maybe not. Sanders? I’m not sure if his socialist ideas would work, but I’d need to research other countries to see.

The bottom line is this: if the 5 left are the best that we have, then we MUST make it work. Not for our future leader, but for our country. The one thing I trust is the instincts of the American people. We have an obligation to vote and I hope that each and every citizen that is qualified to vote, will do it when the time comes. We MUST be engaged in this election! So if you have someone in mind, do the research on them, and vote this election. Our country needs a strong leader, now more than ever. So vote! And make sure you get everybody else to vote (who is qualified to). Our country deserves it, and depends on it. Oh it’s true. It’s damn true!