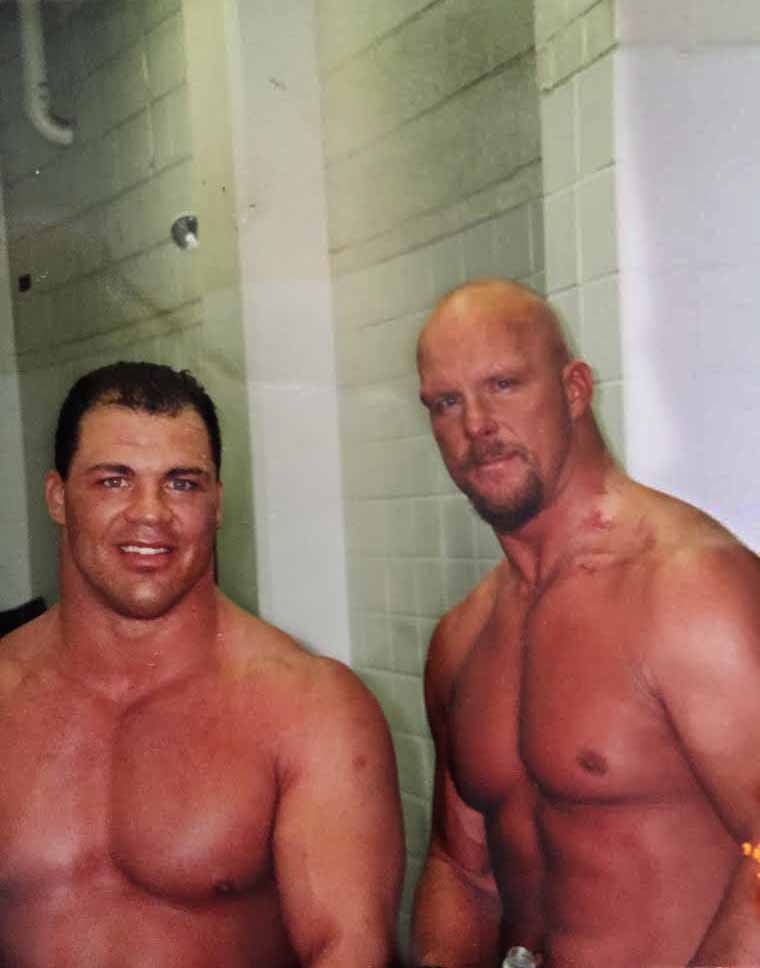 Here are my top 12 favorite wrestlers, plus a long list of honorable mentions, who I had the privilege of working with in my 17-year career. There are a few who barely missed the cut, but I HAD to stick to 12. I hope you agree with my choices. If you haven’t seen these matches, check YouTube or watch on the Network.

First are the honorable mentions:

Keep in mind that my honorable mentions may have been ranked in this category because I was new and green to wrestling, or because I was injured when I wrestled them. But they are definitely worth the mention. I also have to include here dream matches for me when they were in their prime – Daniel Bryan, Bret Hart, and Ric Flair.

12- HHH
My feud with The Cerebral Assassin began not long after I started in WWE. Stephanie McMahon was the focus of our program. It was so much fun. But HHH is very rare. He always keeps calm and can lead you through anything. What he lacks in athletic ability he definitely makes up for with psychology and knowledge. There’s a reason he’s been main eventing for 20 years. But the laughs we had are what I will remember most about working with Hunter. It was classic.

11- Samoa Joe
Wow! What an incredible amount of talent was/is in this 290-pound Samoan Submission Machine. When I came to TNA in 2006, Joe was “The Man”, undefeated, and on a rampage. I was lucky enough to be the guy to end his 2-year undefeated streak and the match did not disappoint. Big moves, submission trade offs, real wrestling. Joe exemplified why Samoans dominate the wrestling world. It was my most exciting moment in TNA. Thanks Joe.

10- The Rock
Dwayne Johnson is without a doubt the most athletic wrestler I had the privilege of getting in the ring with. Our matches started in 2000 and carried through 2001, and included me beating The Rock for the world title and then losing it to him 6 months later. They were unforgettable. I learned so much from the most electrifying man in sports entertainment. Thanks Dwayne.

9- Eddie Guererro
This guy had it all. He was funny, intense and so entertaining. His lie, cheat and steal gimmick won over the hearts of wrestling fans. My match with Eddie at WM20 was priceless. And to think that Eddie was past his prime when we wrestled me is amazing. He was actually better in WCW and thats pretty scary. Because of a car accident, Eddie wasn’t at his very best when we locked horns, but he was still one of the greatest. Thanks for the memories Eddie. #RIPEddie

8- Brock Lesnar
Need I say more? The beast incarnate. NOBODY moved the way Leanar did at 300+ pounds. Watch WM19 and our Smackdown 1 hour Ironman match. Brock was one of the quickest to rise to the top and he absolutely deserved it. Brock is a badass PERIOD. Hence “NCAA Champion/UFC Champion.

7- Shane McMahon
Shane shouldn’t even be in the top 10 but every time he wrestles, he delivers. He knows when to do it and how to do it. Nobody will be as good of a wrestler as Shane was when he wasn’t even a wrestler, if that makes any sense. But Shane is a money fighter. When he wrestles, people spend money.

6- Bobby Roode
Bobby was SO underrated. He had everything! A great mix of Curt Hennig and Arn Anderson. Bobby was outstanding in the ring and understood what it took to light up the arena. Our best matches were in my latter years, 2013-16. He may be the most underrated wrestler I’ve ever known. Watch out for this guy. He will make a path of destruction wherever he goes. He’s that good.

5-  AJ Styles
AJ and I didn’t wait very long to tear it up in the ring after I came to TNA. AJ had the best psychology and chemistry of any wrestler I wrestled in TNA.  We had numerous matches between 2007-10 that were match-of-the-year candidates. AJ is pound for pound one of the best today. Super Athlete.

4- Undertaker
Here is a man who rarely spoke and when he did, “everybody” was nervous. But Undertaker’s legacy is NOT his 21 straight WM Wins. It’s how good he made other wrestlers look. His psychology was EASY to understand. And that’s why he’s one of the greatest of all time. Easy and Simple. But soooo effective. Watch “No Way Out 2006” to see how talented The Deadman truly is.

3-Stone Cold Steve Austin
We all know who this guy is. But nobody understands how good he was in the ring. His persona was larger than life so all we cared about was what he said and how many beers he drank after his matches. But this man was a ring general. A leader. An improviser. He would do whatever he wanted whenever he wanted and it worked. NOBODY will be a better ring general that Austin. Nobody will understand how talented he was unless you were in the ring with him. He was the best.

2-Chris Benoit
I won’t say much here but watch Royal Rumble 2003. If you don’t think that was one of the top 3 greatest matches of all time, then you’re probably not a wrestling enthusiast, or not that smart. LOL. That’s it.

1- Shawn Michaels
Where do I start? WM21 was the first time I ever wrestled Shawn. But that didn’t stop Shawn and I from stealing the show. Shawn is the “showstopper” and I agree. Rumor is Shawn could wrestle for 30 minutes and end the match at exactly the 30 minute mark. Then he could go out and cut a promo for 12 minutes and end on the 12 minute mark. Exactly to the second. Shawn had impeccable timing. He had it all. His character, his enthusiasm. His talent. In my mind he was the most exciting wrestler to get into the ring. Shawn and I delivered on all three matches we wrestled. But because they were “feature” matches and not “title” matches they have always been downplayed.  Or because I went to TNA. LOL. Either way they deserve better mention.

I hope you enjoyed my top 12 (or so) wrestlers. It was fun to lay this out for all of you to see. And my career isn’t over yet. Stay tuned for more. Peace!