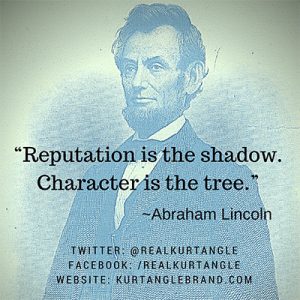 Character is the set of rules, morals, and principles that you live by that will lead you to a happy life and hopefully to a better world. What builds character? It’s an old cliche but the answer is simply hard work and understanding your own weaknesses. Character is who you are. It defines you and guides your actions, hopefully in a positive way.

I believe that participating in sports helps build good character traits and teaches good life lessons. Good coaches are a big influence in the development of character in sports by encouragement, skill building, setting goals, developing sportsmanship and self confidence. And, through sports, you’ll learn how to handle success and failure.

I love all sports, football, baseball, soccer, basketball and wrestling. They are difficult and challenging, but wrestling is without a doubt the toughest sport I’ve ever participated in. Wrestling is one of the oldest forms of combat, and competing in a sport that has been a tradition for about 15,000 years in another part of the world made it that much tougher to be a champion.

I learned more about character building in wrestling than all of the other sports combined. I enjoyed competing alone more than competing as a team. I didn’t want to depend on anyone else but myself. The importance of wrestling in the US as opposed to Europe and Asia is night and day. Wrestling was the sole focus of ancient Olympic Games! To become a gold medalist in “their” sport made it that much sweeter. I take a lot of pride in that. To defeat the Russians, Iranians and Eastern Block Countries was an incredible feat. I beat them at their own game. That’s why I was more driven into wrestling than any other sport. It’s very rare to become one of the greatest in a sport that wasn’t created or born in your own country. I accrued the confidence and success through hard work that has helped shape who I am today.

Having your children participate in sports will prepare them for the “real world”. And if you REALLY want them to learn tools that will help them build their character, try wrestling. They may love it, they may despise it, and maybe your child will surprise you by being the next Gold Medalist! It’s damn true!